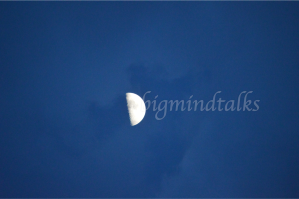 The children of the planet, 8159-OP, never got to see the beauty of the sun. They envied the children of Earth and all the other children who got to see the magnificent, fiery ball of light. There, they would only see the stars and the moon, as it was always night in the land of 8159-OP. Long ago, when the planet had forests, trees, and plants, it was a beautiful planet. It was beautiful until the people of 8159-OP had evolved and became more advanced. This evolution caused pollution, with effects worldwide. The scientists of the planet had not yet figured out a good way to use energy without creating pollution. All the pollution had caused the sun to block out, and the rotation of the planet stopped. They were stuck in a place where all they could see was the moon. Sometimes evolution is not so good.